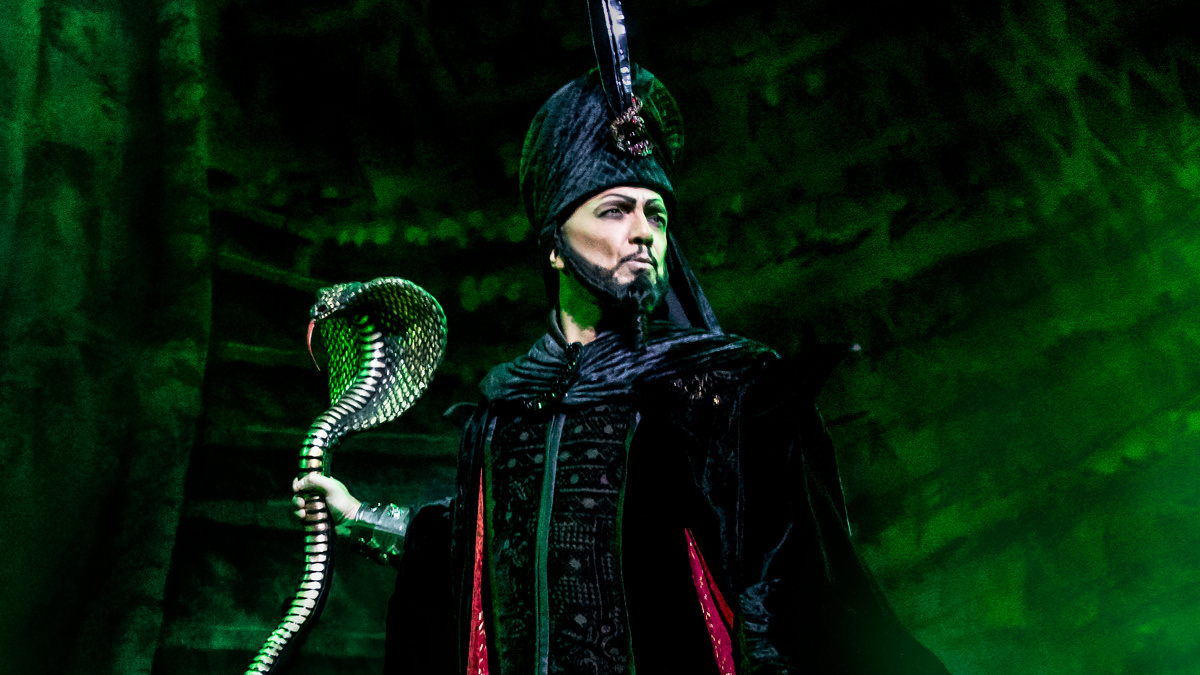 Dennis Stowe Assumes the Role of Jafar in Broadway’s Aladdin

The cast of Aladdin stars Michael Maliakel making his Broadway debut in the title role, Shoba Narayan as Jasminen and Michael James Scott as Genie. The show also features Milo Alosi as Kassim, Zach Bencal as Babkak and Brad Weinstock as Omar, JC Montgomery as Sultan and Don Darryl Rivera as Iago. Juwan Crawley and Frank Viveros stand by for several principals.

Aladdin was adapted from the animated Disney film and centuries-old folktales, including “One Thousand and One Nights.” Aladdin’s journey sweeps audiences into a world of adventure, classic comedy and romance. This production features a full score, including the five songs from the Academy Award-winning soundtrack and more written especially for the stage.

The show features music by Alan Menken, lyrics by Howard Ashman, Tim Rice and Chad Beguelin, with a book by Beguelin, and is directed and choreographed by Casey Nicholaw.