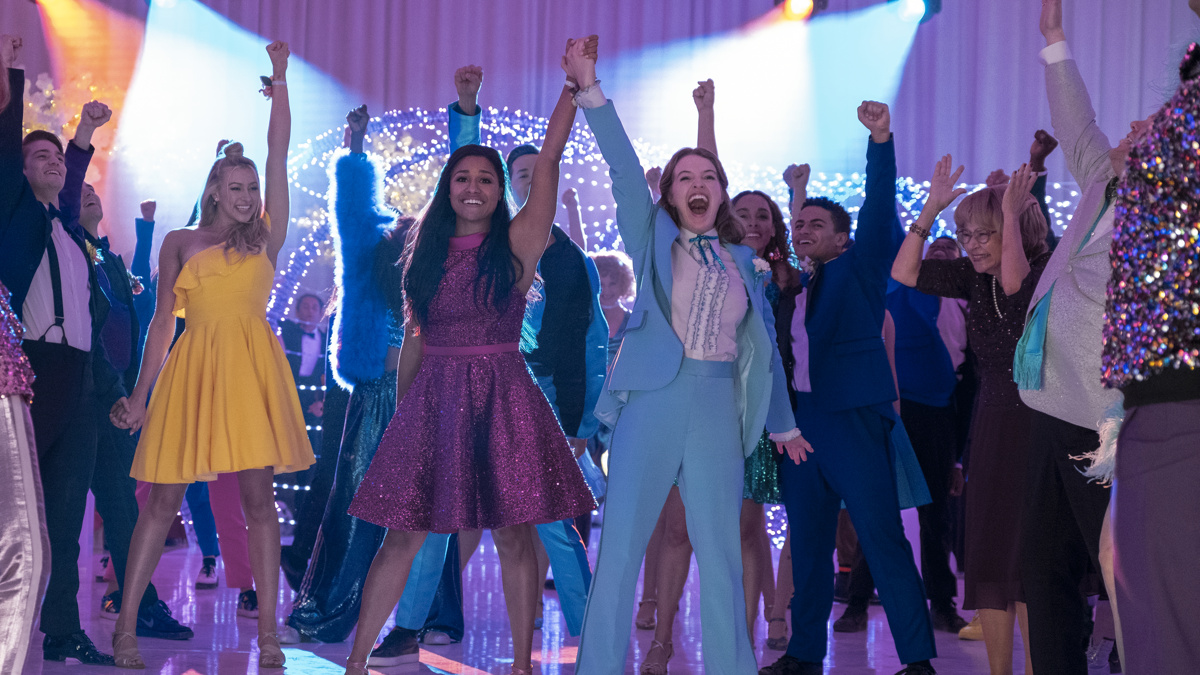 The starry film adaptation of the Tony-nominated Broadway musical The Prom is arriving on Netflix on December 11, and fans now have an anthem to get them pumped up for the movie’s release. The single “Tonight Belongs to You” is out now and includes vocals from James Corden, newcomer Jo Ellen Pellman and Kerry Washington. As previously reported, the movie stars Meryl Streep as Dee Dee Allen, Corden as Barry Glickman, Andrew Rannells as Trent Oliver, Nicole Kidman as Angie, Ariana DeBose as Alyssa Greene, Kevin Chamberlin as Sheldon Saperstein, Washington as Ms. Greene and Keegan-Michael Key as Mr. Hawkins. Pellman plays the central role of Emma. Directed by Ryan Murphy, with a screenplay by Broadway’s Bob Martin and Chad Beguelin and music by Matthew Sklar and Beguelin, this movie musical is sure to make you want to get up and dance. Get a first listen to the exuberant track below!