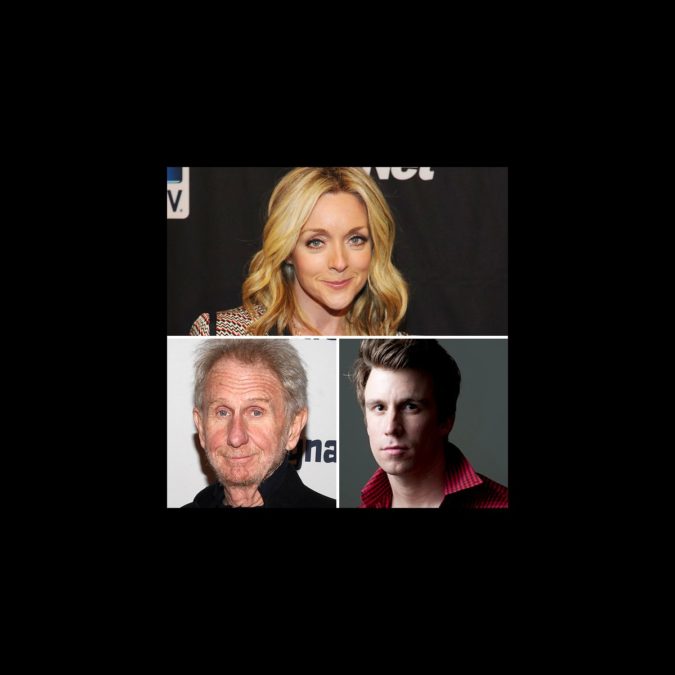 This casting news is way better than vanilla ice cream! Tony and Olivier winner Jane Krakowski, Tony winner René Auberjonois and Olivier winner Gavin Creel have been tapped for She Loves Me. Directed by Scott Ellis and starring the previously reported Laura Benanti and Josh Radnor, it has also been announced that the revival will begin previews on February 5, 2016. Opening night is set for March 3 at Broadway's Studio 54.

Krakowski will play Ilona. She won a Tony for Nine (which also starred Benanti) and an Olivier for Guys and Dolls. A Tony nominee for Grand Hotel, she has also appeared on Broadway in Company, Once Upon a Mattress, Tartuffe and Starlight Express. Her numerous screen credits include Unbreakable Kimmy Schmidt, 30 Rock, Ally McBeal and the upcoming Pixels.

Auberjonois is set to take on the role of Maraczek. A Tony winner for Coco, his additional Great White Way credits include Sly Fox, Dance of the Vampires, City of Angels, Metamorphosis, Big River, Break a Leg, The Good Doctor, Tricks, Twelfth Night, Fire!, A Cry of Players and King Lear. Screen credits include Benson and Star Trek: Deep Space Nine.

Creel will appear as Kodaly. He won the Oliver for The Book of Mormon, a performance he is currently reprising on Broadway; no word yet when he will exit the production. Tony nominated for Hair and Thoroughly Modern Millie, Creel has also been seen on Broadway in La Cage Aux Folles.

Featuring a book by Joe Masteroff, lyrics by Sheldon Harnick and music by Jerry Bock, She Loves Me follows Georg (Radnor) and Amalia (Benanti), two parfumerie clerks who aren’t quite the best of friends. Constantly bumping heads while on the job, the sparring coworkers can’t seem to find common ground. But little do they know, the anonymous romantic pen pals they have both been falling for happen to be each other! Will love continue to blossom once their identities are finally revealed? The score features favorites such as “Vanilla Ice Cream," “A Romantic Atmosphere," “Dear Friend” and “She Loves Me.”

The musical comedy is based on a play by Miklos Laszlo, whose story was also the basis for the 1940 James Stewart film The Shop Around the Corner and the 1998 Tom Hanks and Meg Ryan film You’ve Got Mail. Ellis directed Roundabout’s She Loves Me in 1993, which marked the first Broadway musical in the company’s history. The show was first seen on the Great White Way in 1963 in a production helmed by Harold Prince.

She Loves Me will feature choreography by Warren Carlyle, music direction by Paul Gemignani, sets by David Rockwell, costumes by Jeff Mahshie, lights by Don Holder, sound by Jon Weston, orchestrations by Larry Hochman and dance arrangements and incidental music by David Krane.