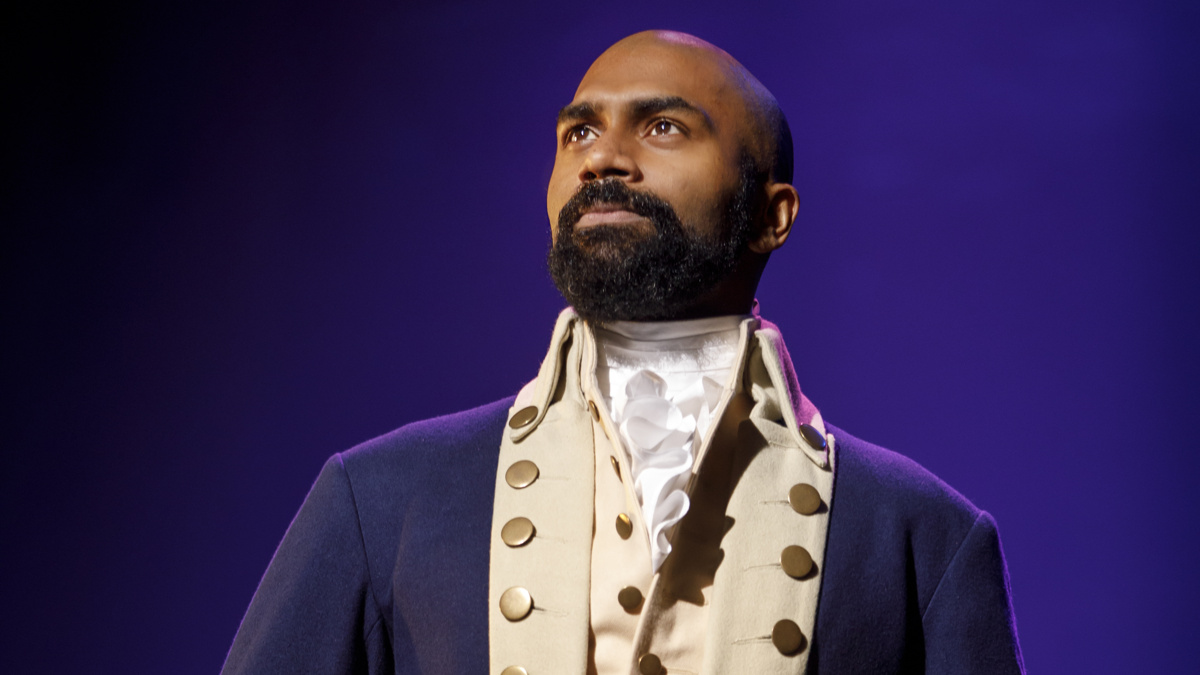 After closing out Ain’t Too Proud as leading man Otis Williams, Nik Walker returned to the Broadway company of Hamilton on March 1. He was previously in the Tony-winning hit’s ensemble and took the role of Aaron Burr on tour across the country. Now, he’s playing the role again at Broadway’s Richard Rodgers Theatre. On a recent episode of The Broadway Show with Tamsen Fadal, Broadway.com correspondent Charlie Cooper caught up with Walker at The Time Hotel to talk about Hamilton‘s appeal.

“It’s surreal. This team built a show that changed the face of theater forever,” Walker said about Hamilton. “You have a show that is literally built to challenge your brain. It is the West Wing of musical theater. It is so many words and so much nuance. You can never dig too deep into these characters. I’ve been off and on doing this show since 2016. Even on my first night back—discoveries were being made. It does not get stale. It will never not be hard, and that is a gift for an actor.”

Leslie Odom Jr. won a Tony Award in 2016 for his performance as Burr, but Walker says he does not feel pressure to do an impersonation of the former vlogger. “Even now in 2022, the creative team is like, ‘We’re not trying to have you come in and do Leslie. You do you.'” Walker said. “I think it’s what makes Hamilton so special: they really don’t try to confine anyone to anything that’s been done before. So, you see any company of Hamilton, you are going to see a completely different show.”

Watch the interview below, and head here to check your local listings for The Broadway Show. Hosted by Emmy-winning anchor Tamsen Fadal, it is the only nationally syndicated weekly theater news program.