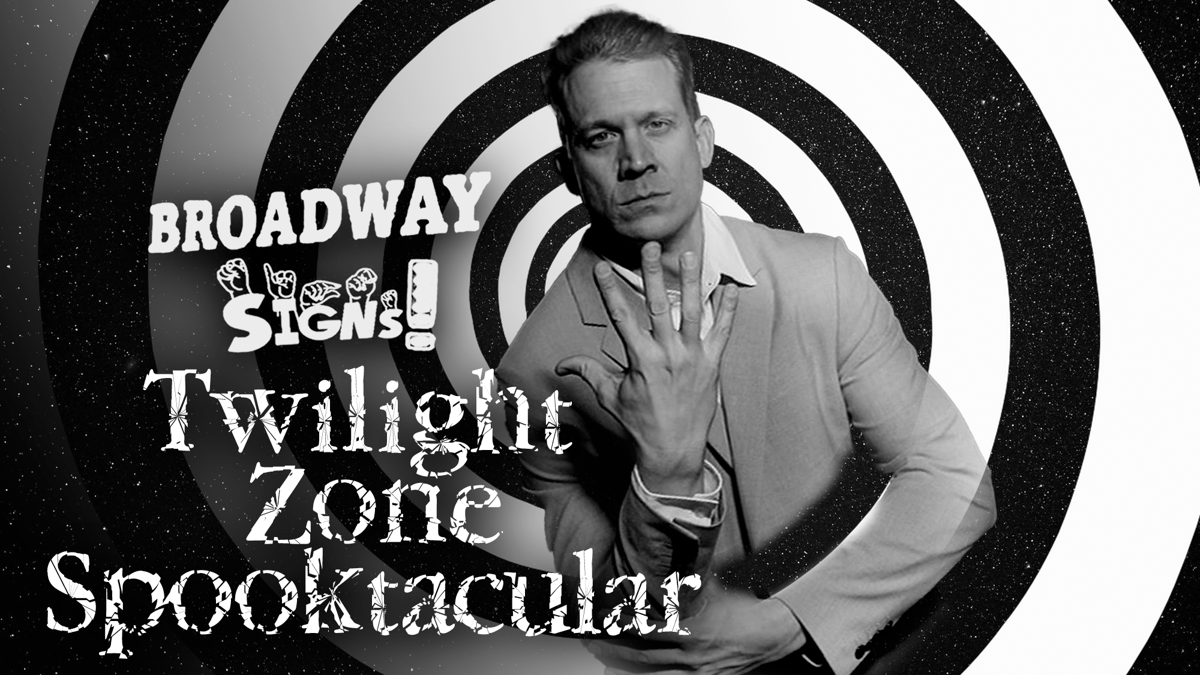 Odds & Ends: Russell Harvard & Friends to Celebrate Halloween at 54 Below

Russell Harvard Is Bringing You Spooky Classics As You’ve Never Seen Them Before
Broadway star Russell Harvard (Spring Awakening, To Kill a Mockingbird) and Broadway SIGNS! Are gathering a talented group of Deaf performers on Halloween for an unforgettable night of haunted classics presented in American Sign Language. This Halloween Spooktacular, set to a Twilight Zone theme, takes to the stage of 54 Below on Monday, October 31 at 7PM and will feature pop hits as well as songs from The Nightmare Before Christmas, The Rocky Horror Show, Sweeney Todd and more. With direction by Harvard, creative production by Jo-Ann Dean and music direction by Dan Pardo, the line-up includes Harvard, Antwayn Hopper (A Strange Loop), Ashlea Hayes, Jared Wayne Gladly (Aladdin), Joey Antonio (Spring Awakening), Joshua Castille (Spring Awakening), Sandra Mae Frank, Robert Ariza, Gabriel Silva, Mary Hould, Noax and Angel Lin. Costumes are encouraged and tickets are available here!

Watch Casey Likes Perform “No Friends” from Almost Famous
Almost Famous, the new musical based on Cameron Crowe’s film, is playing at the Bernard B. Jacobs Theatre and gearing up for opening night on November 3. A video has been released of star Casey Likes in the recording studio performing “No Friends.” The video is complete with appearances from Crowe, Tom Kitt, Solea Pfeiffer and more. Check it out, and then be sure to catch the show!

Girls5eva Finds New Home at Netflix for Season Three
Girls5eva is moving, according to Deadline. After premiering its first two seasons on Peacock, the comedy will air its third season on Netflix. The show, created by Emmy winner Meredith Scardino and produced by Tina Fey, premiered in May 2021 and focuses on a former ’90s girl group that takes another shot at fame when their one hit gets sampled by a young rapper. The show stars Broadway vet Sara Bareilles and Tony winner Renée Elise Goldsberry as well as Paula Pell and Busy Philipps. There are many Broadway performers appearing in the series, including Ashley Park, Grey Henson, Andrew Rannells, Daniel Breaker and more.

Eddie Izzard Returns to New York Stage
Eddie Izzard will return to the New York stage in December to play 21 characters in Charles Dickens’ Great Expectations, a classic tale of convicts, mystery, friendship, rivalry, unrequited love, revenge and redemption at the Greenwich House Theater. Dickens’ novel was adapted for the stage by Mark Izzard and is directed by Selina Cadell. “Charles Dickens loved performing his own works in America, and so I thought it would be a wonderful idea to launch Great Expectations here,” Izzard said. “I always feel at home in New York, and I believe if Charles Dickens were alive today, he would feel at home too.” Performances begin on December 9 with opening set. for December 15. The limited engagement ends on January 22, 2023.

P.S. After a record-breaking week with her new album Midnights, watch Taylor Swift talk about her Les Miz movie audition with Tony winner Eddie Redmayne below!