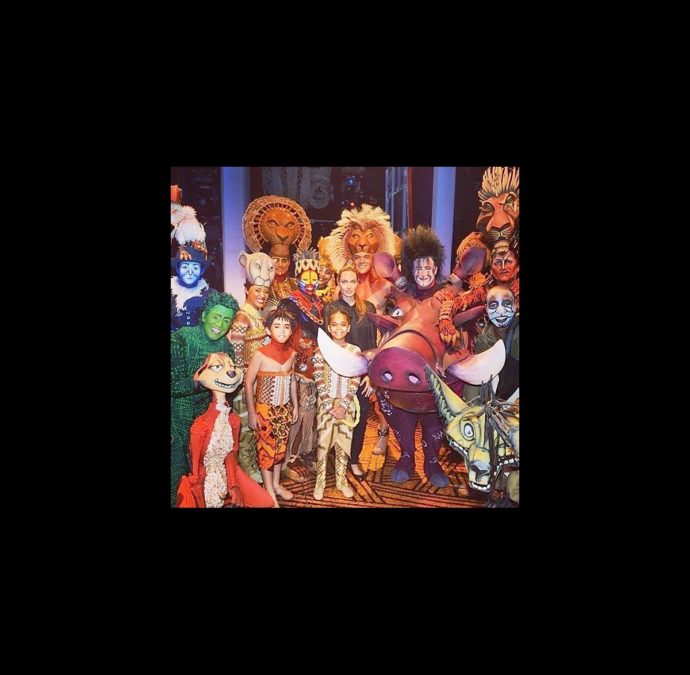 
G'day Simba! Oscar winner Angelina Jolie posed with the Australian cast of The Lion King after seeing the show on December 8. The actress-director took her children to a matinee of the Elton John-Tim Rice musical at Sydney's Capitol Theatre while on a break from filming her latest directorial effort, Unbroken. It has been a historic year for The Lion King, which recently became the fourth longest-running show on Broadway and the first show to gross more than $1 billion. Take a tip from Jolie and catch a performance of this enduring hit, on Broadway, on tour or even Down Under.