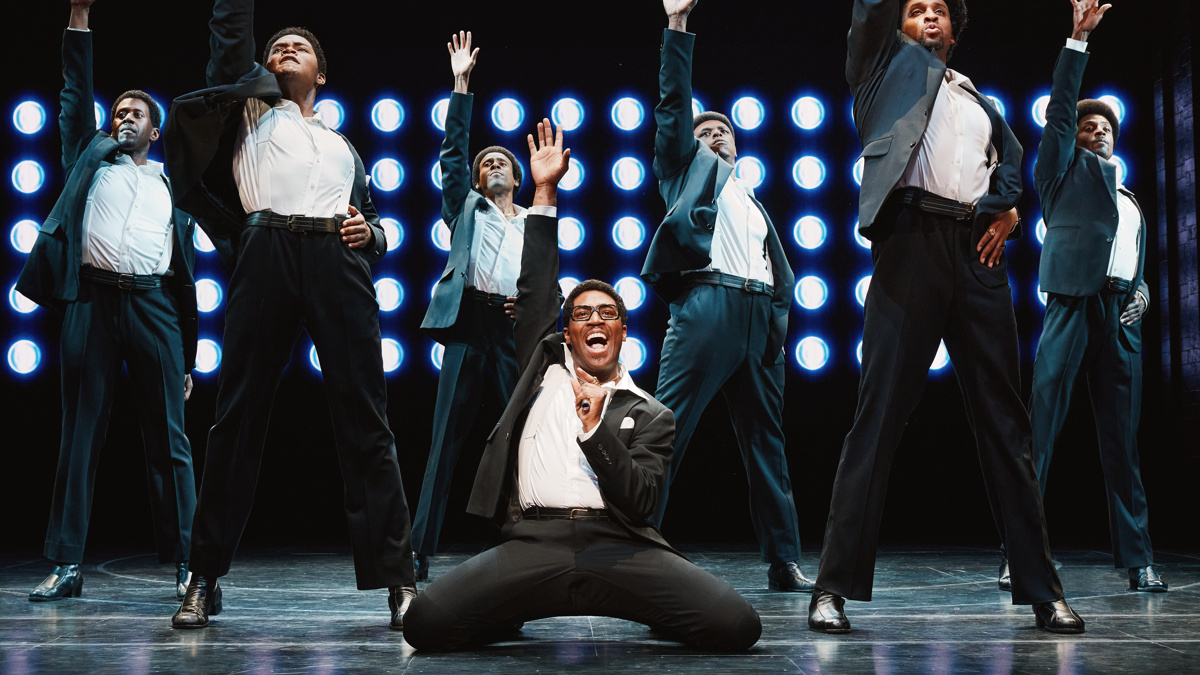 They’ve got sunshine on a cloudy day! As previously reported, the first national tour of Ain’t Too Proud – The Life and Times of The Temptations is coming to a city near you. Leading the cast are Broadway company members Marcus Paul James as Otis Williams and Elijah Ahmad Lewis as David Ruffin. The cast also features Broadway alum James T. Lane as Paul Williams, Jalen Harris as Eddie Kendricks and Harrell Holmes Jr. as Melvin Franklin. Ain’t Too Proud follows The Temptations’ extraordinary journey from the streets of Detroit to the Rock & Roll Hall of Fame. The tour is heading to over 50 cities across North America, including a homecoming to The Temptations’ roots in Detroit. Take a first look at the show below.