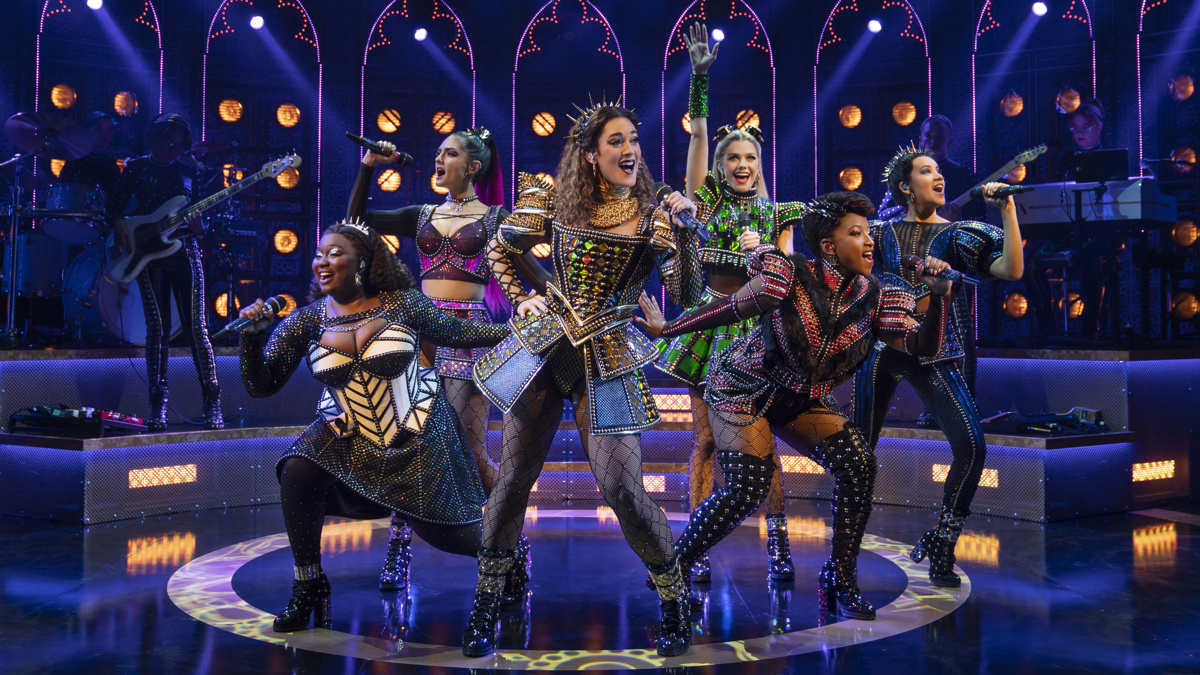 The ex-wives of King Henry VIII are ready to tell their story across the country. The second national tour of Broadway’s Six, featuring Gerianne Pérez as Catherine of Aragon, Zan Berube as Anne Boleyn, Amina Faye as Jane Seymour, Terica Marie as Anna of Cleves, Aline Mayagoitia as Katherine Howard and Sydney Parra as Catherine Parr, is currently playing to packed houses, and the stars are more than ready for audiences to experience the histo-remix. Broadway.com recently caught up with the talents on The Broadway Show in rehearsal to chat about the musical’s message, its pop influences and so much more.

In Six, audiences are quickly welcomed into a pop music spectacle, which is why taking it on the road feels so natural. “The first line in the show is, ‘Welcome to our Divorced, Beheaded, Live Tour.’ It is written as a band that’s traveling the world playing their Spice Girls show,” Mayagoitia said. “To be able to go to Austin, Nashville, New Orleans, Detroit and Las Vegas—we’re playing these music cities where I’m like, ‘Hell yeah, we are the Spice Girls!’ We are getting to be these pop stars.”

Check out the full interview with the cast below and head here to check your local listings for The Broadway Show. Hosted by Emmy-winning anchor Tamsen Fadal, it is the only nationally syndicated weekly theater news program.