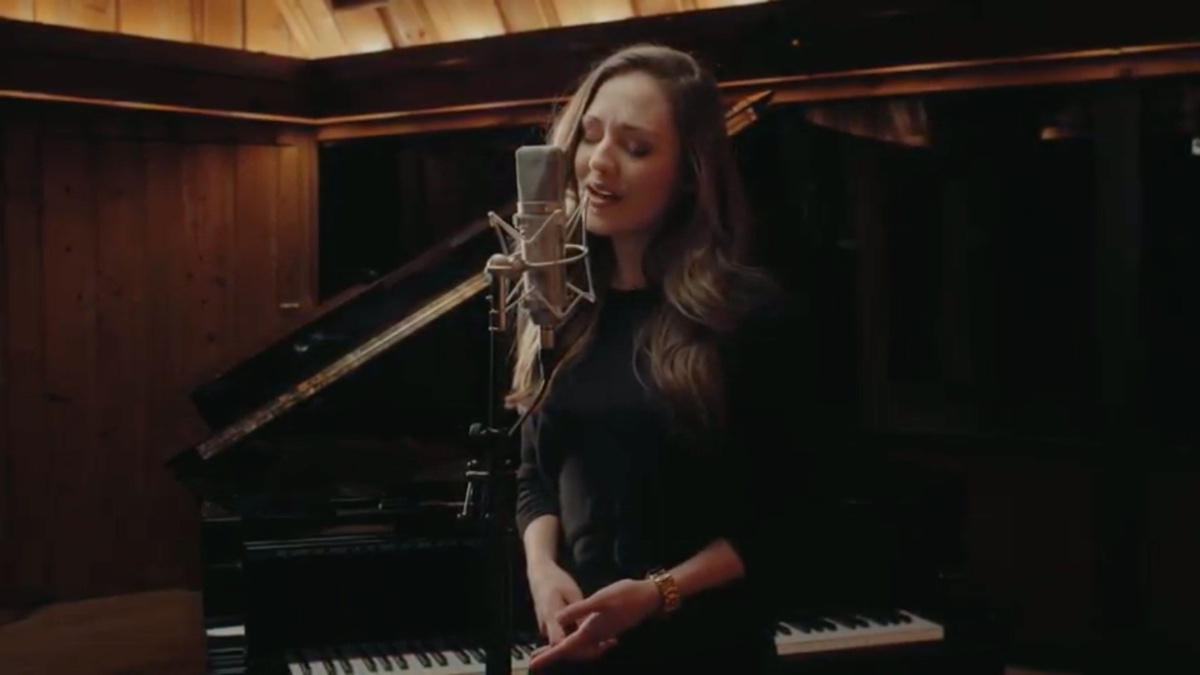 Broadway fans have already heard stage fave and former vlogger Laura Osnes‘ golden vocals on this track, but it is perhaps more poignant on the anniversary of the Broadway shutdown. As previously announced, Broadway Records and producer Andrew Gerle released an album of original songs to benefit The Actors Fund and the Dramatists Guild last June. Artists in Residence includes new works by renowned film and Broadway songwriters, including Alan Menken, Lynn Ahrens, Stephen Flaherty, David Zippel, Todd Almond, Carmel Dean, Ryan Scott Oliver and more. All tracks are the products of collaborations and recordings done from the artists’ homes; however, Osnes hit the studio to perform this song written by Eric Price and Will Reynolds with orchestrations by Charlie Rosen, and the music video is out now.

“I was so honored to be a part of the Artists in Residence album back at the beginning of the shutdown,” said Osnes in a statement. “I recorded it on my iPhone in the spare bedroom. Little did we know that these sentiments would still ring so true an entire year later. In fact, the day we filmed this music video in the studio, I got to see three of my dearest friends face-to-face for the first time in over 12 months. I was filled with the hope this song represents. We will endure. We will come back stronger. And we will be even more grateful for each other.” Check out the video below!