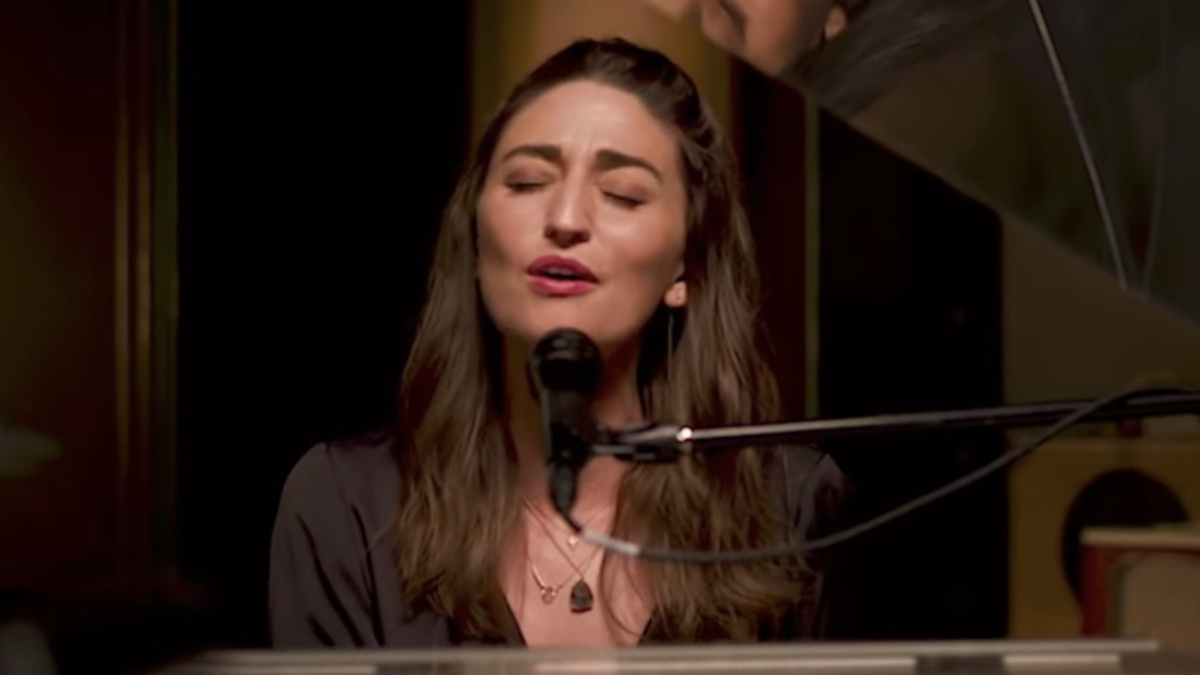 Theater fans know Sara Bareilles does it all: she has appeared on Broadway and in the West End in her Tony-nommed musical Waitress, co-hosted the Tony Awards and landed a role in Tina Fey’s new comedy series Girls5eva. Now her own show Little Voice has arrived. Bareiiles spoke about the Apple TV+ series, which features original music and explores the journey of finding your voice in your early 20s, on The Late Late Show with James Corden on August 12. She also offered a performance of the show’s title song. Watch her performance of “Little Voice” below!